Throughout the summer of 1866, they converged in pairs on the tiny hamlet of Goldsboro. In their least-patched clothing and maybe in shoes, they were dusty and footsore by time they arrived at the courthouse looming over the center of town. Under a scorching white sky, with depthless farmwork begrudging every moment away, they made their way to claim what had only recently seemed like fantasy — a marriage license. North Carolina had offered to legitimate all slave cohabitations, and thousands took up the offer.

Watching them go, self-proud and probably envious, were ancestors like mine — Lewis and Mag Henderson. They had been together 15 years by then and could have married legally at any time, but were too poor to afford the fees and too wary besides of inviting unnecessary scrutiny of their free colored lives. Even if they craved legitimacy, however, they did not avail themselves of the 1866 law. They had not been slaves. Until he died in 1912 and she in 1915, Lewis and Mag lived in quiet mutual devotion — without government sanction.

A hundred years after his forebears spurned the law, another Henderson happily paid for his license and was married in the shade-dappled sideyard of his bride’s grandparents’ house. My parents celebrated 52 years in May.

“It comes from Fremont, Wayne county, that Adam Artis, colored, 75 years old, who lives near there, is the father of 47 legitimate children and that in addition there are 80 or 90 grandchildren.”   — Statesville Landmark, 9 Jan 1906.

Try as I might, I can only account for 32 children.  My great-great-grandmother, by Adam’s third wife Frances Seaberry, was one of them.  Adam was born in 1831 in Greene County, North Carolina, to a freeborn mother and an enslaved father.  They gave him the middle name Toussaint, and I’d love to know that story.  He was apprenticed as a carpenter and purchased his first acreage in 1855 from his brother-in-law, John Wilson.  Over the years, he bought and sold a few hundred acres in northern Wayne County, and descendants still live on land that was his.  It is said that his fifth wife, 50+ years his junior, treated him badly in his last days, and was so afraid that he would haunt her that she had his feet cut off before the burial.  No photos of him remain, but his legacy is well-secured.  As his granddaughter Beulah Williams once told me: “These Artises, they are innumerable.” 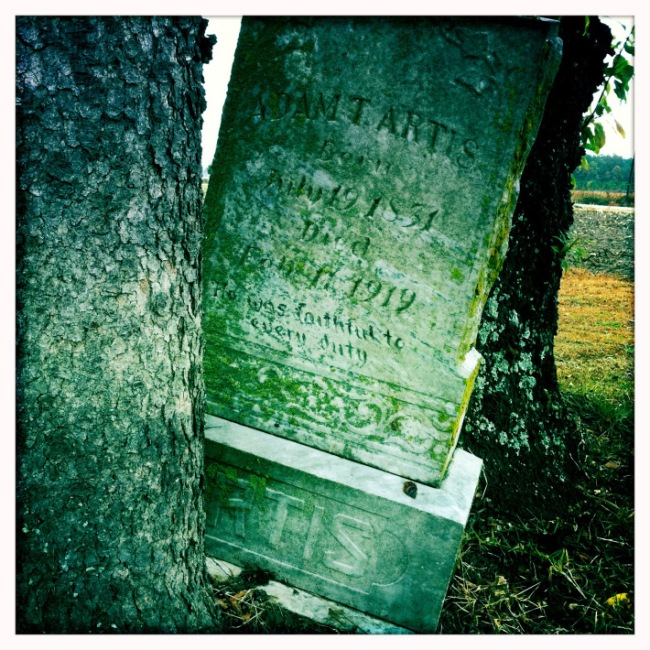