The war is over. The Union has won. There is nothing to do but accept it and move on. Two months after the Surrender, his enslaved son now free, John W. McNeely swore his allegiance to the United States.

Half-way across the country, in Iron County, Missouri, William B. McNeely had not waited for the war to end and beat his brother to the punch by nine months. 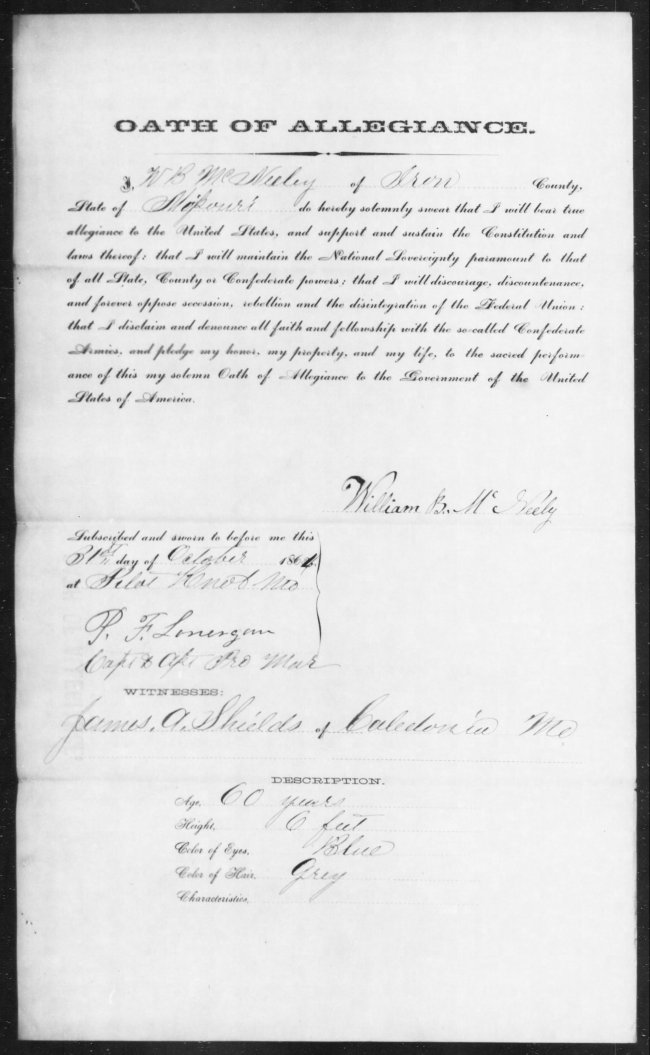 [Sidenote: Compare the W, M and N in John and William’s signatures. They clearly learned to write from the same instructor.]

2 thoughts on “I will henceforth faithfully support, protect and defend.”