And David John, I don’t know what happened to him.  And his wife.  Well, now, David John come to Wilson and used to stay with us, and he worked in the factory.  So I don’t know whatever become of them folks down there.  And the girls that was all down there.  ‘Cause we went down there — me and Mamie went down there — and stayed with David John’s sister Estelle and worked in green tobacco.  And that’s where a mosquito bit me on my foot, and I scratched it, and, going through the pea vines, and the dew on ‘em, my foot swelled up so big I couldn’t walk on it.  And so Uncle ‘Lias, their daddy, brought me back home to Wilson.  Mamie stayed on down there, but I didn’t want to go back down there no more.

My grandmother’s reminiscences about Uncle ‘Lias (pronounced something like “LAH-iss”) were one of my early clues about the breadth of the Henderson family. I knew he was not her mother’s brother, or even her grandmother’s brother, and I was determined to find out exactly what the connection was. In fact, Elias Lewis Henderson was not an uncle at all, but a cousin. Born about 1880 in southern Wayne County, he was the oldest son of James Henry Henderson, who was the brother of my great-great-great-grandfather Lewis Henderson. (James Henry also named his youngest son Lewis Henderson after his brother.) 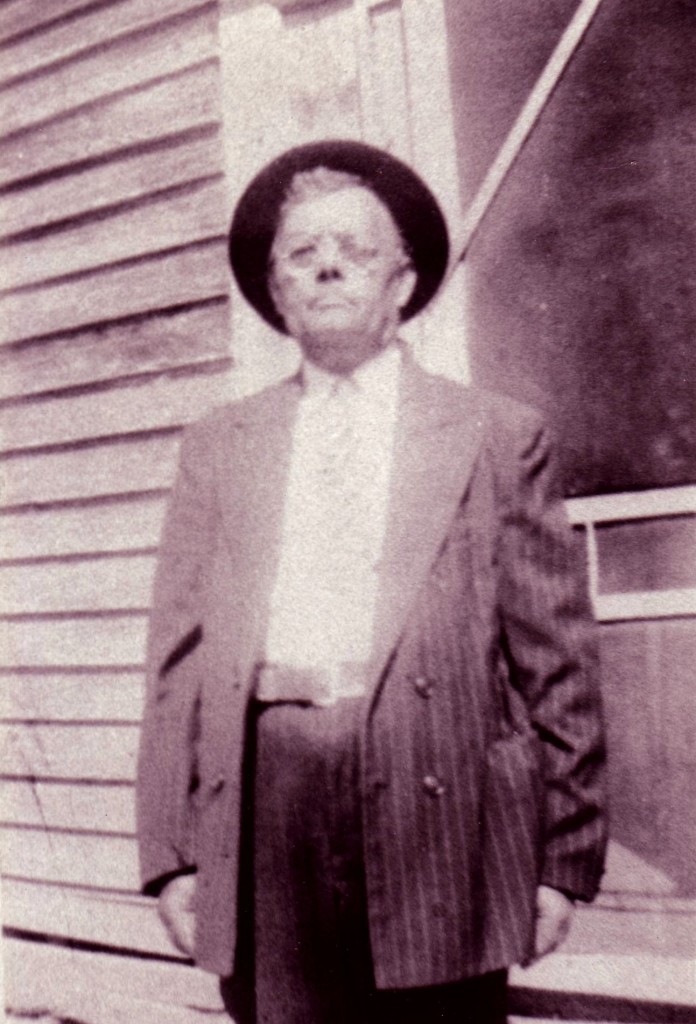 Though my grandmother lost contact with David John and Mary Estelle, when she moved to Philadelphia in the late 1950s, she was reunited with their sister Anna Bell’s daughter Eunice Johnson Smith. Here, in the early ’60s, are Eunice’s daughter Wilma Smith, Eunice and my grandmother at a dinner at a Sheraton hotel in Philadelphia:

3 thoughts on “Going through the pea vines.”