Papa closed John up in the couch.  Closed up the davenport on him. Just by it — he was grunting or groaning for breath or something.  I went out to see what it was, coming from out of the kitchen and dining room where he was in that room across the hall on that open couch.  That’s where Papa was looking his old shoes or something to put on, and he went there and turned up the end of that thing.  If he had shut him up in there, it’d a killed him, but he just turned up the end of it.  And he didn’t see his shoes, so he come on out.  And we heard this noise – “nyyyaaa-nya, nyyyaaa-nya.”  And we looked in and saw that thing turned up, and Mamie run in there and grabbed him, she grabbed up John and, oh, she was shaking and shaking and shaking, crying, and I was crying ‘cause I thought he had killed him.  So we had him up by the arms, just holding him, just fanning him and fanning him and fanning him, and I was just scared he was gon die.  You never know.  And so after that Mamie said, “Let me get out of here.”  ‘Cause you know Mamie and Papa didn’t get along – and she said that he was trying to kill her child.  Papa, well, he didn’t know what he’d done.  And he was sorry.  He said he was so sorry it happened, he wouldn’t hurt that child for nothing in the world.  And he was just crazy ‘bout John.  But Mamie left there that night, honey.  She left there with that baby, and she said, “I don’t know when I’ll be back here.”  So I got after Papa ‘bout it.  And he said he didn’t know the baby was in there.  He wouldn’t hurt that baby for nothing.  And so Annie Bell, she heard about it, and she come over there and laid Papa out.  He said he didn’t know the child was there.  He said, “Well, y’all ought to have taken up the bed when you got out.”  But the child was in there still sleep.  “But take him up and put him in another room.”  Not put him in that thing so he couldn’t get out.  So Mamie left there and went on back to Greensboro, and she didn’t never like Papa after that.  She didn’t like him no how.  Yeah, she just felt like he did it for meanness, but he didn’t.  Then Mamie said, well, she know he was getting old, and so she forgive him ‘cause things like that happen. She said, “I’m not gon fault him for doing that.  I don’t think he would have did it to the child.  He might would do something to me, but….”

Cousin John around the time of the sofa debacle, circa 1924, Wilson NC.

John J. Holt was the first child born to Bazel and Mamie Henderson Holt. His harrowing enclosure in the couch left him with lingering injuries, but he overcame them to grow into a lean, green-eyed hipster with “Latin lover” looks. 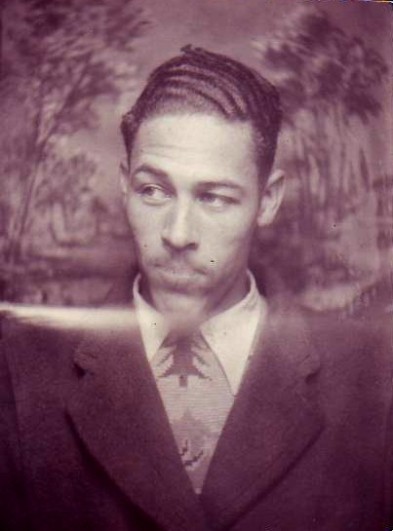 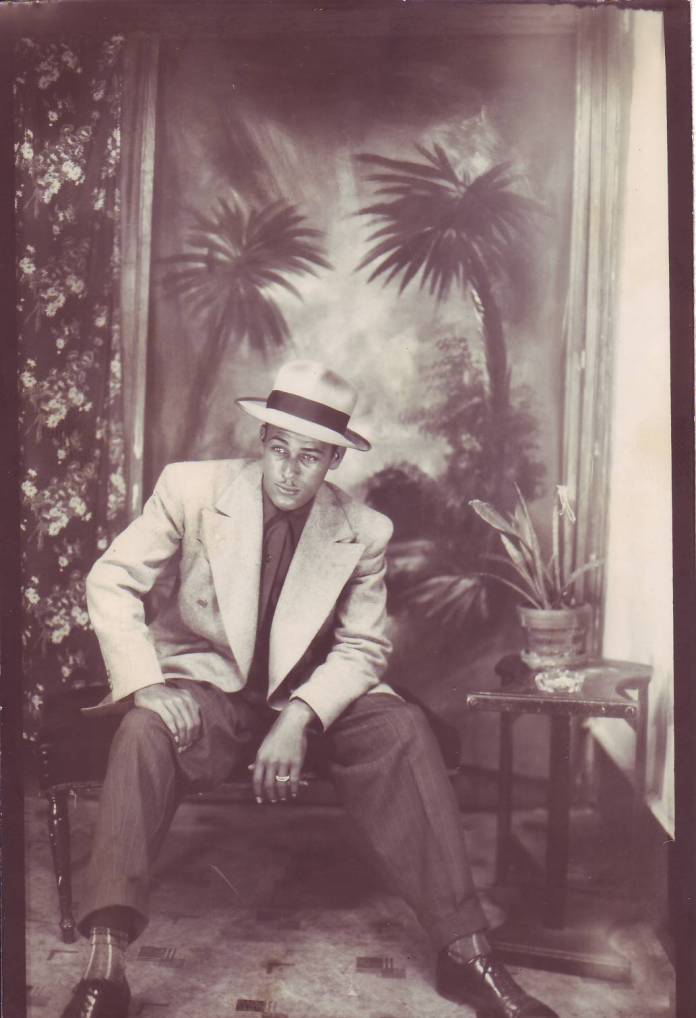 After serving in the Army in World War II, John married Helen Mack and reared six children in Bronx, New York. At 90, he is the oldest living Henderson male.