I couldn’t sleep; I hadn’t adjusted to the night sounds of Guatemala City. So I logged into Ancestry.com, and:

Joseph Franklin Barfield, son of Walter and Katie Kornegay Barfield, died 12 April 2014 in Fayetteville, North Carolina. Cousin Joseph was born in 1933 near Mount Olive, Wayne County, North Carolina, and served honorably in the United States Army. He is survived by his wife and loving children, grandchildren and great-grandchildren, as well as a sister and brother.

Buck Martin never married. At the end of his life, he and his bachelor brother Alfred lived together in the “home place,” perhaps the house they had grown up in, which Buck owned. Just down the road lived another unmarried brother, Dortch, and their widowed sister, Virginia “Jenny” Martin Herring.

A few months before his death, Buck drew up a will that insured that Alfred would keep a roof over his head and that, more importantly, his younger children and their mother, Sarah Barfield, would not be dispossessed of the house and acre of land upon which they lived. By its terms, the will provided that the Barfields could remain on the property for the duration of their lifetimes and those of their survivors, after which it would revert to his brothers or their heirs. In fact, they did not stay quite so long. Sarah Barfield died in 1942, and the property reverted to Buck’s brother Ira’s children. Lillie Barfield Holmes bought the house from them, but it later burned down.

Some time in the late 1980s, I learned the name of my great-grandmother Bessie Henderson’s father — Joseph Buckner Martin — and learned that, after the death of Bessie’s mother Loudie, Buck Martin had several children with a woman whose last name was Barfield.  I marinated on that for a few years, then a bit of sleuthing revealed that Sarah Barfield was the woman, and her children were Walter, Amy, Lillie and Daisy Barfield. I found Walter Barfield Jr. in the phone book, cold-called him, and found him to be a gracious and welcoming cousin. His father had passed away not too many years before, but Aunt Lillie was still living, and he was happy to introduce us the next time I came home to North Carolina. 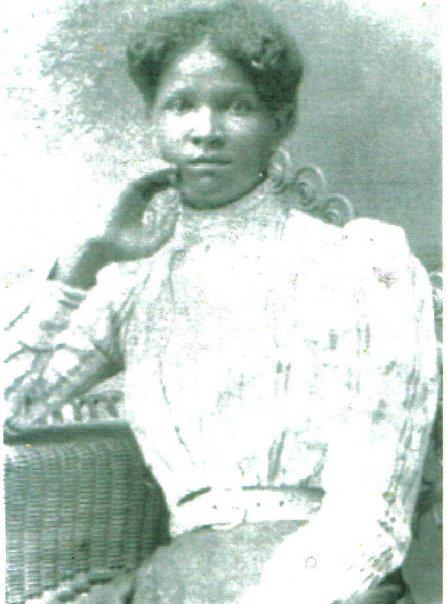 I met my great-great-aunt in the spring of 1993 at the nursing home in which she lived in Mount Olive. She was a tiny woman with a wizened, apple-cheeked face, her ivory-white hair pulled back in a small bun.

The second time I visited Aunt Lillie was at Christmas, and I took my grandmother with me. When we walked in, Aunt Lillie stared wordlessly, then reached out to touch her face.