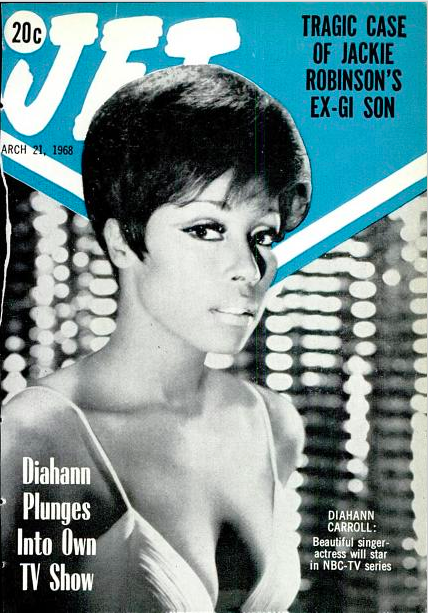 March 1968. I was not quite four. I had a baby sister who’d just come through a terrible bout with meningitis. My world was 1400 and 1401 Carolina Street and kindergarten and, at the outer edges, my grandmothers’ houses in Newport News and Philadelphia. In six months, I’d be gazing adoringly at “beautiful singer-actress” Diahann Carroll on a black and white small-screen. Right then, though, if you’d said, “Your great-grandfather died,” I would have looked at you blankly. If you’d said, “Mother Dear’s daddy died,” I might have creased my forehead, sad for her. But I didn’t know my great-grandfather. Didn’t know I had one. And had I picked up this Jet, which was delivered to our house, and been able to read — which I couldn’t just then — this would not have resonated either: 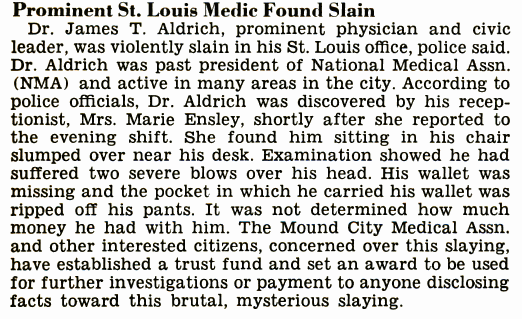 James Thomas Aldrich (born Aldridge) was killed 10 February 1968. After a funeral service in Saint Louis, his body was returned to North Carolina for a second service and burial in Dudley in the family cemetery he established.