I am just about to have to side-eye my Rowan and Iredell County people. If my grandmother were still living, would I have the nerve to ask her about all this cutting and shooting and bootlegging?

This is Aunt Lizzie’s husband! 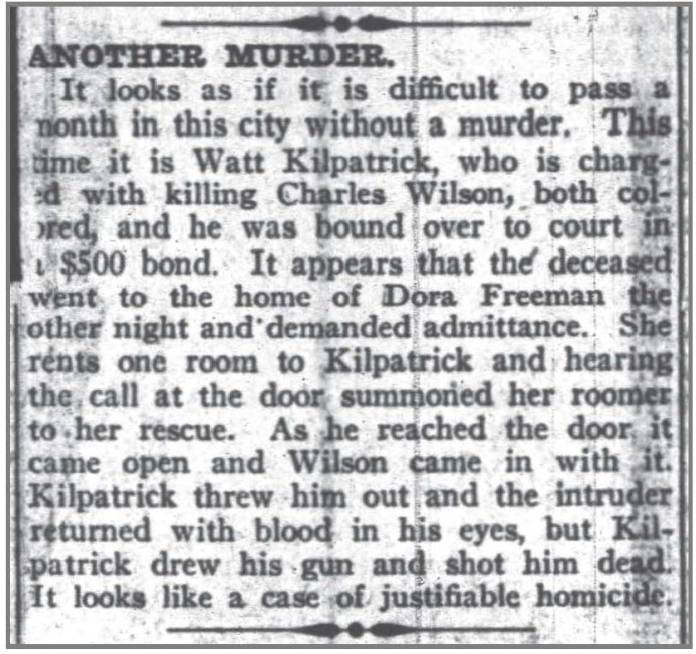 As detailed here, Margaret L.E. “Lizzie” McNeely, my grandmother’s maternal aunt, married William Watt Kilpatrick in Statesville, Iredell County, in 1900. By 1920, their marriage had gone south, and 45 year-old Watt appeared in the census that year at 17 Roanoke Street in Winston-Salem, sharing a house with 32 year-old Miss Dora Freeman. Contrary to the news article, in the census Freeman was described as the “roomer.”