Ira Berlin died this week. His Slaves Without Masters: The Free Negro in the Antebellum South (1974) helped me make sense of the lives of my Henderson, Aldridge, Artis, Hagans and Seaberry ancestors, whose free status I had never suspected — or perhaps even heard of — when I began genealogical research. When I veered toward a Ph.D. in American History after law school, Professor Berlin tried to convince me to come to the University of Maryland. I chose Columbia University instead, though it pained me to miss an opportunity to study under him.

He is eulogized here and here.

“This place of the unrepresentable, the unknowable, and, in the language of Toni Morrison, the ‘unspeakable,’ is where the slave lives. It is where a slave woman named Doll Shoeboots lived until her old age. Unlike Harriet Jacobs, though, who told her unknowable story in her own words, Doll did not write. A record of Doll’s interior life, her ruminations and fleeting thoughts, might reveal something of her world to us. But like millions of other slave women, Doll left nothing behind that attests to her character, her strategies and ideologies, the quality of her days and years. The available sources on Doll’s life are a reflection of that life itself — limited, ambiguous, and fragmented.

To write about Doll, then, is to pay tribute to her life, a life that would otherwise be lost to history. But do not be lulled. To write about Doll is also a wholly inadequate exercise. For every scrap about her past that I have scavenged and reconstructed here might just as well have been captured by a chapter of blank, white pages. …”

Thus Tiya Miles limns the dilemma that, in collusion with bone-laziness, thwarts my attempts to put written order and sense to my family’s stories. What justice do mere names and dates and scraps of record and wispy memory do to the fullness of these long lives, each lived in the same jam-packed 24-hour increments that you and I experience?

[Miles’ work, Ties That Bind: The Story of an Afro-Cherokee Family in Slavery and Freedom, explores the relationship of Doll, her Cherokee husband, and their descendants — yes, there are a few of you who have legitimate claim to being part-Indian — and the interweaving pulls and tugs of family and race.]

I wrote this passage a couple of years ago.  I began Scuppernong: Genealogy last year as a compromise with paralysis, a way to pay small tribute rather than none at all. Along the way to 500+ posts and nearly 33,000 views, I have broken through brick walls, been a resource for other questers, met new kin, and connected with an amazing community of genealogists. My small tributes, shallow and incomplete as they may be, thus return reward beyond measure.

Thinking of my mother and remembering my grandmothers with love and gratitude this day. 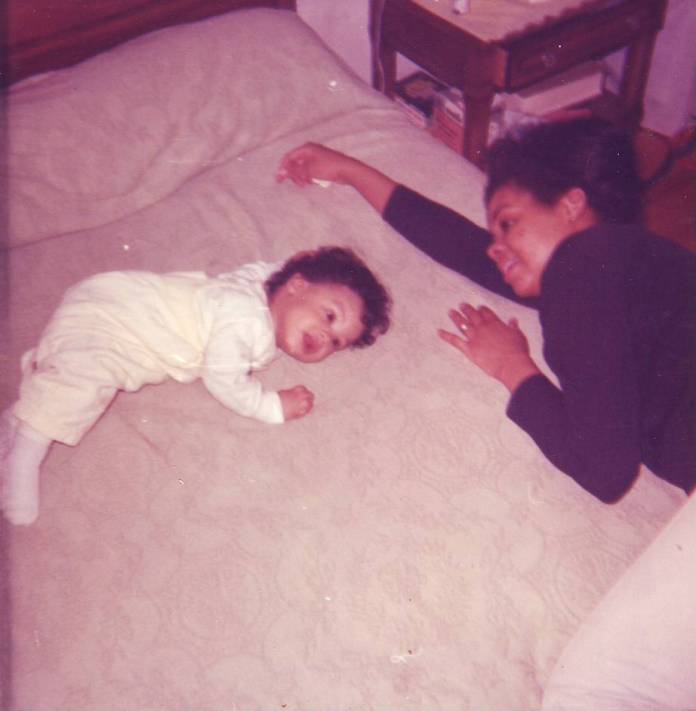 My mother and me. 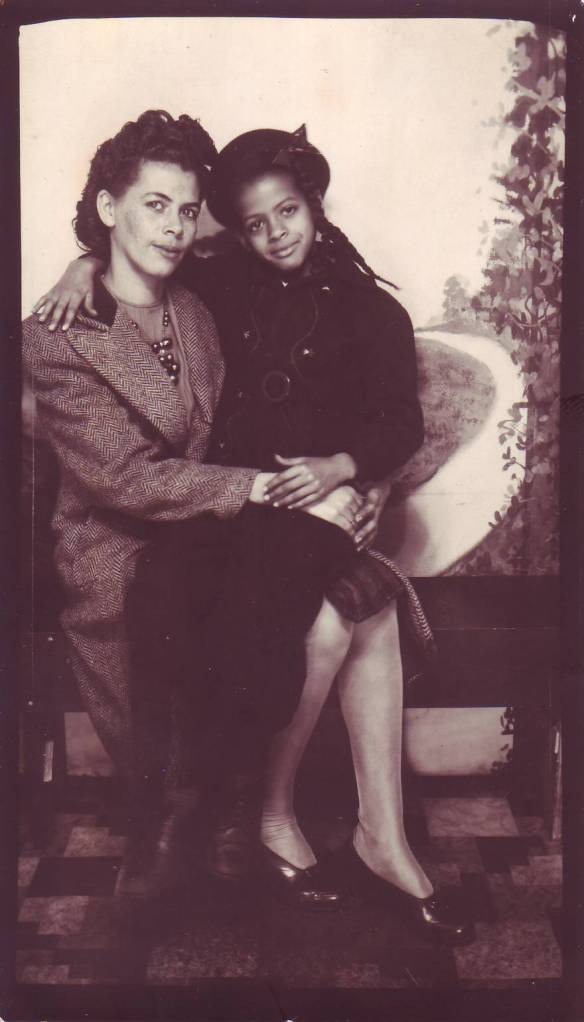 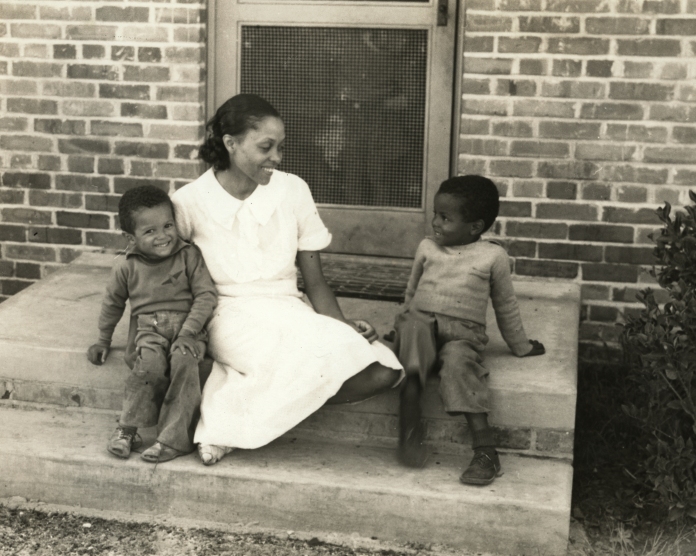 My mother’s mother and her brothers, circa 1938.

Sidenote: I first saw the last photo in a magazine article about Aberdeen Homes, a late New Deal housing project in Hampton, Virginia. My grandfather worked as a construction supervisor at the site and moved his young family into one of the first apartments. I finally tracked this photo down in the photo archives of the Virginia State Library.