As detailed here, Edmond Petty was Eva Petty Walker‘s grandfather. Petty was born enslaved in the 1830s, probably in Wilkes County, North Carolina (Iredell County’s northwestern neighbor). On 26 April 1865, he enlisted in Company H, 40th Regiment, United States Colored Infantry, in Greeneville, Tennessee.  Intentionally or accidentally, his name was recorded as “Edward Pedy.” (Greeneville is about 120 miles from Wilkes County over the Blue Ridge Mountains through what is now Cherokee National Forest. This is tough terrain even today.) 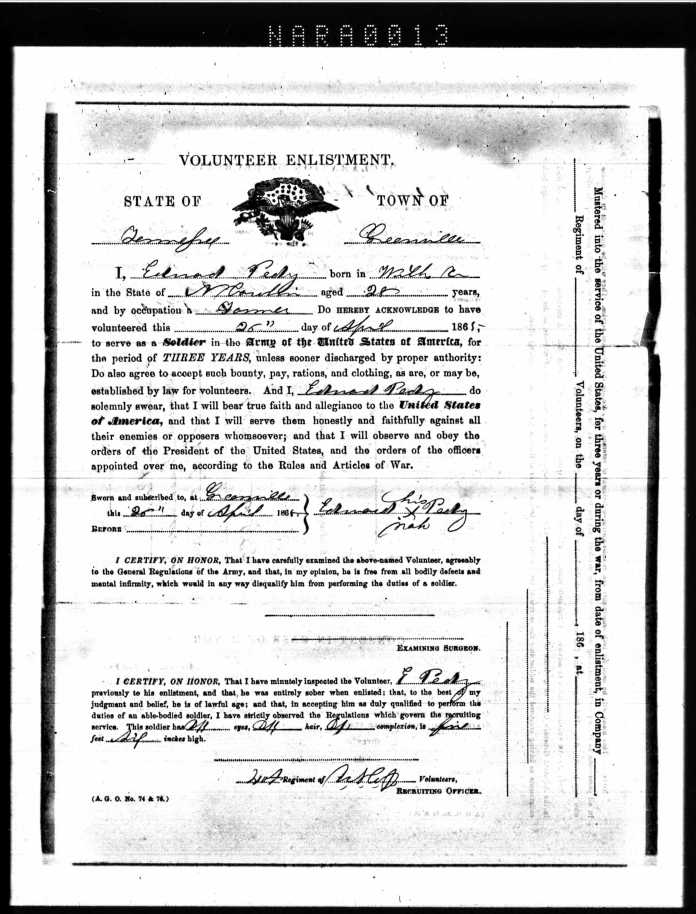 After mustering out in February 1866 at Chattanooga, Edmond Petty returned to Wilkes County, married and reared a family. In poor health and finally straitened, in 1883, Petty applied to the United States government for an invalid’s pension. He claimed disability as a result of suffering a sunstroke while drilling with his regiment.

Petty’s disability affidavit provides rich details of his life. Prior to enlistment in the Army, he had lived “with B.F. Petty to whom I belonged in Wilkes County, State of North Carolina. I was there a slave.” (Benjamin F. Petty, who reported owning 23 enslaved persons in 1850, was one of the largest slaveholders in Wilkes County.) Since the war, he had lived in the Fishing Creek area of Wilkes County and had worked as a farmer when he was able. Petty claimed that his diminished eyesight and rheumatism were the result of sunstroke suffered while on duty at Greeneville and that, because of his condition, he was barely able to work. 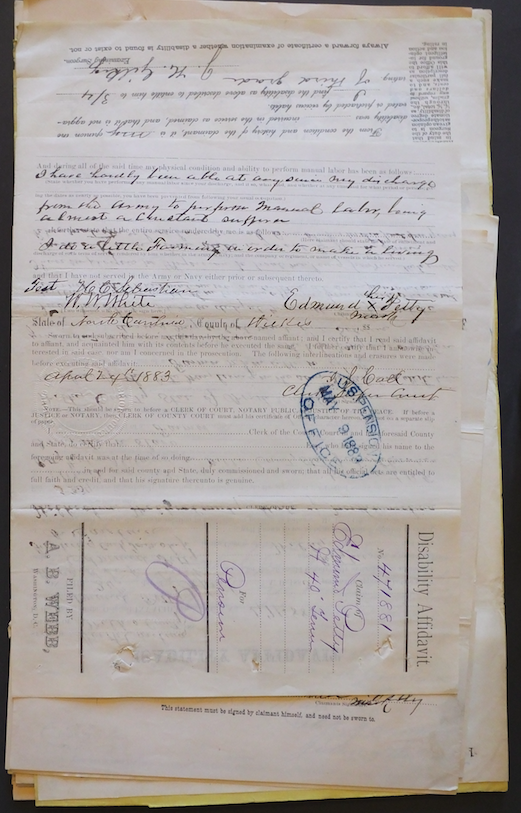 Edmond Petty’s file comprises 84 pages of testimony by his fellow veterans, neighbors and doctors about Petty’s medical condition and its causes, as well as his ability to support himself. Said H.M. Wilder, for example, “I found him hauling wood in a small one horse wagon to the town of Statesville earning a meagre living.”  In the end, he was awarded eight dollars a month for three-quarters disability due to rheumatism and one-quarter to heart trouble.The Record & Landmark published a sarcastic piece about Petty’s appeal of his initial pension award in an article that was reprinted across North Carolina’s Piedmont. The piece insinuates that Petty had done nothing to warrant his stipend, but more importantly reveals that Petty was the agent of his own emancipation. When Stoneman’s Raid passed through Wilkes County in late March 1865, capturing Wilkesboro, Petty escaped the Petty plantation and fell in with Union troops as contraband, following them all the way to Tennessee, where he enlisted to fight the Confederacy.