Willis and Cherry Barnes had seven children (or six, if oldest daughter Rachel was actually Wesley’s stepchild.)   What do  their marriage licenses reveal? 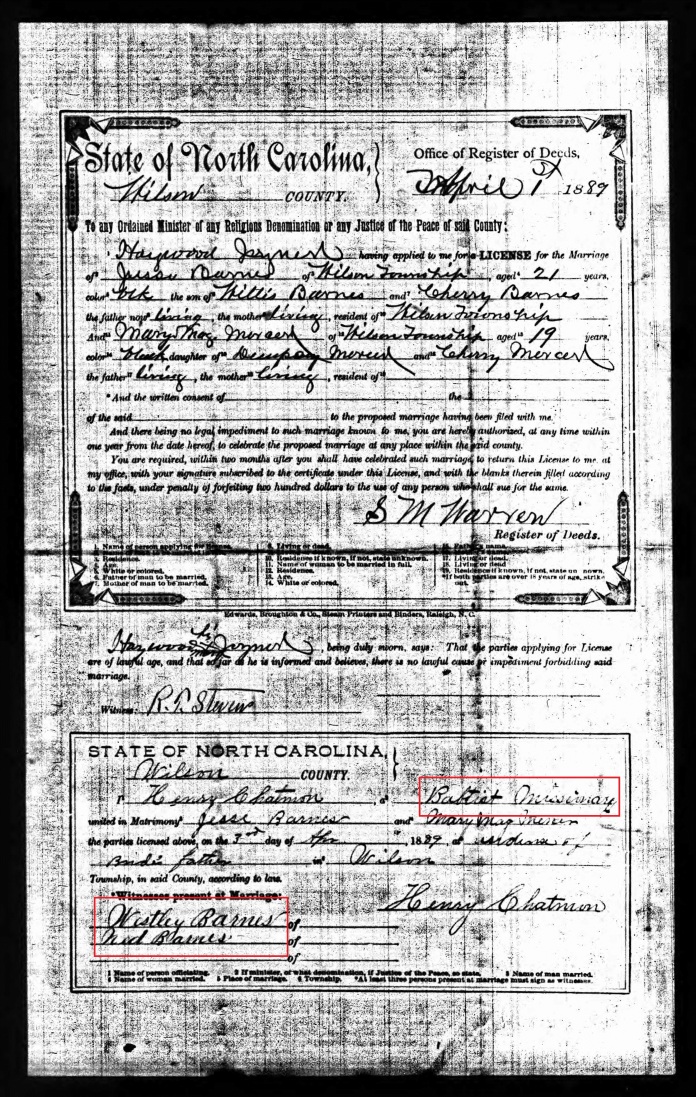 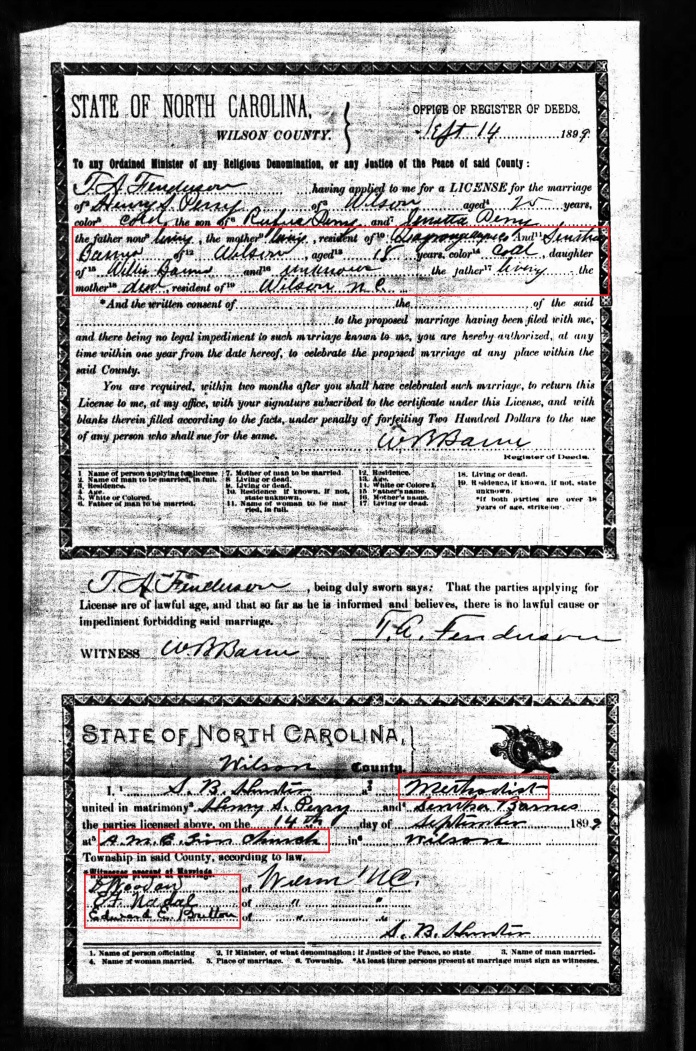 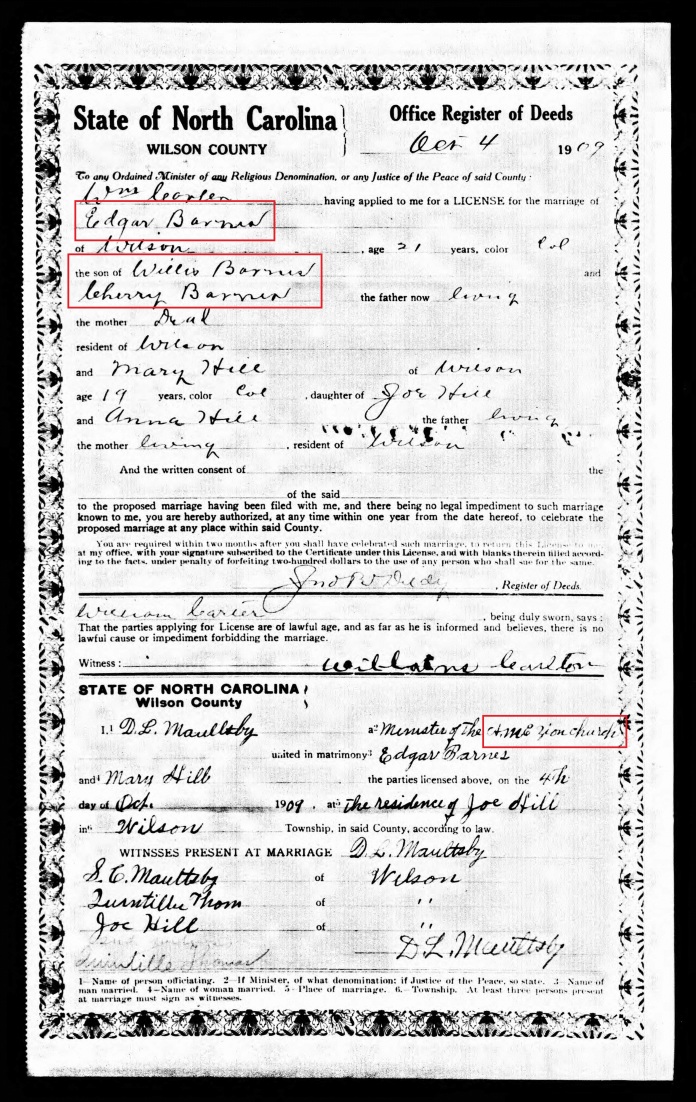